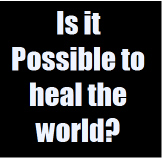 The human inclination to see justice in one’s own life time causes people to lean on the end-times, where no one goes free. They are fixed up here, pay for it in the next life (Abrahamic) or go thru reincarnation (Dharmic). Religions offer those beliefs to heal one’s soul. The mere thought of justice relieves one from the anguish. Christmas, Hanukkah, Ramadan, Navaratri and other festivities are restorative therapies to heal the soul.  Continued: http://theghousediary.blogspot.com/2012/12/texas-faith-is-it-really-possible-to.html

Rabbi Michael Lerner wrote last week about Chanukah, describing it as “the holiday celebrating the triumph of hope over fear, light over darkness, the powerless over the powerful.”

He went on to say that Chanukah is about “understanding that when we connect with the transformative power of the universe, the Force of Healing and Transformation, YHVH, we become aware that the powerless can become powerful, that oppression of any sort is in contradiction to the fundamental nature of human beings as loving, kind, generous, free, creative, intelligent, attuned to beauty, caring for and needing each other beings created in the image of God. When that energy and awareness permeates our consciousness, no ruling elite and no system of exploitation can possibly last for very long.”


Of course, this also is the month when Christians will hear much about bringing joy to the world, peace on earth and goodwill to all.


But is that so? Is it really possible to heal the world?


Some whose theology predicts end-times see the world as marching from bad to worse, with God intervening at the end. Others hold to a theology that sees them as being used by God to bring his kingdom on earth as it is in heaven. Still others are neither so fatalistic nor optimistic.
Where do you stand? What does your faith tradition say about healing the world?

The physical or the spiritual world sustains its equilibrium through the self-balancing mechanism built into it. When that balance is knocked off through our recklessness, like global warming or the destruction of nations and families through wars and egregious selfishness, the God-given system becomes energized and becomes capable of restoring to its pristine equilibrium, as it was created, provided an effort is made to heal. That way, we can live freely from anxiety again.


When the world came into being through evolution, creation or big bang, it produced two significant things: matter and life.


Every piece of matter in the universe is programmed to have its own balance whether it is the sun, moon or other galaxies. In chapter 55: 5-8, the Quran says, God has set a place for everything in the scheme of things and has designed them to maintain their own cohesion.

On the spiritual plane, God advises in Quran (55:9), “weigh, therefore, [your deeds] with equity, and cut not the measure short!” Indeed, the human life is not put on auto-pilot like matter. We were endowed with the free will to strive for that continual balance.


Rabbi Lerner sets the fundamental loving nature as the base of balance and peace. Human selfishness continuously knocks that balance off.


If the balance is not restored in our life-time, when tyrants get away, murderers cannot be found, then the end-time scenarios come into play.


The human inclination and desire to see justice in one’s own life time causes people to lean on the end times, where no one goes free. They are fixed up, pay for it in the next life (Abrahamic) or go thru reincarnation (Dharmic). Religions offer those beliefs to heal one’s soul. The mere thought of justice relieves one from the anguish.


We have the responsibility to heal the world to live a conflict-free life. Chief Seattle puts it precisely, that we are all interconnected in this massive web, which we did not create, but happen to a be a strand in it. If we mess with any strand, we mess with the whole web and ourselves.


Christmas, Hanukkah, Ramadan, Navaratri or other festivities are restorative therapies to heal the soul.

. . . . .
The Texas Faith blog is a discussion among formal and informal religious leaders whose faith traditions express a belief in a transcendent power – or the possibility of one. While all readers are invited to participate in this blog, by responding in the comments section, discussion leaders are those whose religion involves belief in a divine higher power or those who may not believe in a transcendent power but leave room for the possibility of one. Within this framework, moderators William McKenzie and Wayne Slater seek to bring a diversity of thinkers onto the Texas Faith panels.
To see responses from all the panelists, please visit Dallas Morning News at:
http://religionblog.dallasnews.com/2012/12/texas-faith-is-it-really-possible-to-heal-the-world.html/

———-
Mike Ghouse is a speaker, thinker and a writer on pluralism, politics, peace, Islam, Israel, India, interfaith, and cohesion at work place and standing up for others as an activist. He is committed to building a Cohesive America and offers pluralistic solutions on issues of the day at www.TheGhousediary.com. Mike has a presence on national and local TV, Radio and Print Media. He is a frequent guest on Sean Hannity show on Fox TV, and a commentator on national radio networks, he contributes weekly to the Texas Faith Column at Dallas Morning News, fortnightly at Huffington post, and several other periodicals across the world. His personal site www.MikeGhouse.net indexes everything you want to know about